Reverend Troy P DeCohen is the Senior Pastor of the Mount Vernon Heights Congregational Church in Mt. Vernon NY.  He has served his congregation since September of 2000.

He was called in the ministry in 1988 and has served in various capacities within the ministry. In 1991 he was mentored by the late Reverend Dr. Ralph E. Brower of St. Michael’s Methodist Church in Jersey City where he was infused with passion, commitment and the call to serve the people of God and the community at large as the Assistant Pastor.

He took this training and passion and founded the Life Changing Ministry in Jersey City and later became engaged with the United Church of Christ (UCC) where he served five congregations throughout New York City before his call and commission to the Mt. Vernon Heights Congregational Church.

He received a Master of Arts from Fordham University in Religion and Religious Education and a Master of Science from Mercy College in Organizational Leadership. In addition he had worked on his Doctorate at Fordham University and had studied at Regent University in Virginia for a Doctorate in Leadership. He has many other educational accomplishments in the disciplines in Substance Abuse, Conflict Resolution, HIV/AIDS, and Mental Illness.

He has worked in the fields of Homelessness where he was the former Chief Operating Officer for HELP/USA Inc., as well as the director for housing for Substance Abuse, HIV/AIDS and the mentally ill, Building Development and Housing Restoration.

He is the Co-founder and Chair of the Interfaith Clergy For Social Action (ICSA) of Westchester County, he is President of the United Black Clergy (UBC), he is on the Board of Directors for United Church of Christ (UCC), former Vice President of the Mt. Vernon Hospital and has served on many others boards in New York, New Jersey and Westchester.

In 2016 he received the honor to present the Invocation for the NYS State of the State by the Honorable Governor Andrew Cuomo. He was a sponsor of the New York State Minimum Wage Increase, Family Leave Act, and the Educational Reform Bill. In addition he worked and supported other policy reforms throughout Westchester County and New York State.

He has received numerous Awards, Proclamations, and Certificates from Governor, County Executive and Legislators, Mayor’s and City Councils.

He is the husband of the Reverend Viviana DeCohen, Father to Chanel, Christopher, Angelica, Micaela and the grandfather of eight grandchildren.

He believes that everything he has and had obtained is directly from the Mercies and Grace of the Lord Jesus the Christ. 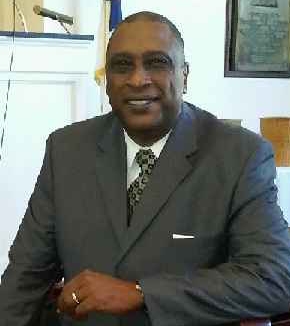